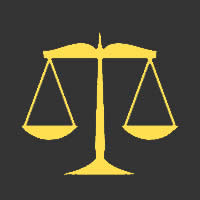 The kilogram is the only base metric unit to use a prefix and other metric weight units use the standard metric prefixes (centi, deci, milli etc).

The avoirdupois weight system is the basis of both the British Imperial and US Customary weight systems. It was first recorded in Britain in the Late 13th or early 14th century and is thought to derive from an old French or old Florentine weight system used by wool merchants.

During the reign of Henry VIII an English statute made the avoirdupois system mandatory and Elizabeth I added the grain of 1/7000th of a pound to the system giving a system that is recognisable as the British Imperial weight units. Although the stone had been part of the avoirdupois system since the 14th Century, it was not formerly incorporated into the British Imperial system until the Weights and Measures Act of 1835 and thus did not make it into the US Customary units.

Table of US Customary Weight Units