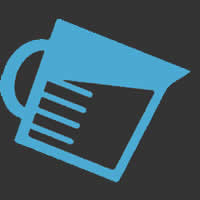 SI metric volume units are defined in terms of the cube of a length unit, for example the cubic metre is the volume of a cube with sides 1 metre in length. The litre is another metric volume unit, most commonly associated with liquid volumes, that is accepted for use with SI metric units, due to it being one of the original metric units of the 1795 French system.

Other metric prefixes may be used with the litre, for instance kilolitre, some of which are in common usage. For example the millilitre, often used on medicine spoons, and the centilitre on drinks labels.

Just to make things more complicated there are differences between British imperial liquid volume units and US customary liquid volume units. The British gallon having been defined in 1824 as as the volume of 10 pounds of distilled water weighed in air with brass weights at a barometer reading 30 inches of mercury at a temperature of 62 °F and the US liquid gallon being defined as 231 cubic inches.